VGP – US-based Air Lease Corporation (ALC), the largest aircraft leasing partner of Viet Nam Airlines, agreed to cut lease rates which would help the national flag carrier save over US$1 billion in fees.

The agreement to this effect was signed in Ha Noi on December 15 in the presence of Prime Minister Pham Minh Chinh.

Specifically, the ALC will apply a lease rate cut worth US$420 million for the remainder of the validity period of the current contract between two sides and a financial obligation cut of US$600 million via the cancellation and delay of the delivery schedule of new aircraft to the national airline.

During his reception for ALC President Steven Udvar-Hazyon the same day, PM Pham expected that Viet Nam Airlines said the Covid-19 pandemic has caused unprecedented impacts on the global aviation industry in general and Viet Nam Airlines in particular.

“Along with support from the Government, the goodwill from partners of Viet Nam Airlines is necessary at this difficult period,” Pham said.

The Government chief expected the airline would take advantage of the financial support from the ALC to overcome difficulties, quickly recover and seize opportunities for future development.

The Vietnamese Government commits to creating favorable conditions for airlines of both Viet Nam and the U.S. to promote fruitful and effective cooperation, Pham underscored.

For his part, Steven Udvar-Hazy emphasized strong commitments of the ALC in its strategic cooperation with Viet Nam Airlines.

Headquartered in Los Angeles, the ALC is one of the largest aircraft leasing companies in the world with more than 450 aircrafts for lease globally. 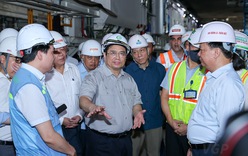 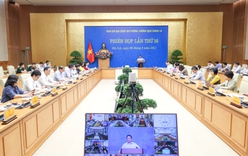 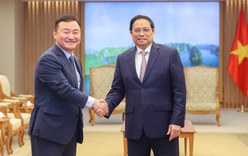 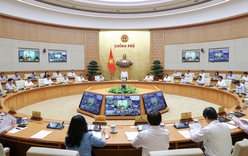 Gov’t determined to disburse over US$23 bln in public investment capital this year 10:21 AM | August 04, 2022
Latest
Viet Nam to purchase COVID-19 vaccines for children aged 5-11